EFCC seeks to collaborate with NOUN on ICT, others 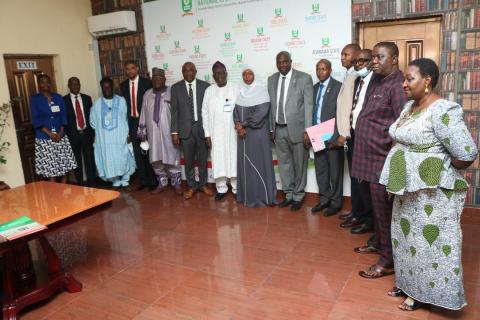 The Economic and Financial Crimes Commission (EFCC) has expressed its desire to go into partnership with the National Open University of Nigeria (NOUN) in the areas of Information and Communication Technology (ICT), among others.

The Director, Admin and Human Resources, EFCC, Ibrahim Mohammed stated this on Thursday when he led a 7-man delegation on a working visit to the Vice-Chancellor at the University's headquarters, Jabi, Abuja.

"The thrust of our visit is to create a working relationship between both institutions. ‘Even though we are close to each other, we have not had formal interaction. That's why we are here because we have so many areas to partner," Mohammed said.

NOUN, he said, is the biggest university in Nigeria with a wider reach, adding, "we have some of our staff as students in NOUN, and we have seen the need to have an MoU with NOUN."

Speaking further on the thrust of the commissions' visit to NOUN, the Chief of Staff Officer (CSO) to the Executive Chairman EFCC, Hadiza Gamawa Zubairu, said the commission, despite its 18 years fighting corruption, there is still the need to continue to upgrade skills and enhance capacity of personnel through education.

According to her, ‘’We don’t want to limit our engagement to academics, we also have the non-academics which is a very interesting area to us, and we will like to see the possibilities of exploring some of your facilities, the utilization of some of your facilities within the building; recreational facilities and also where the ICT needs further support.

"Just like I mentioned earlier, we have continued to expand and enhance our technology base processes; we just want to lay on the table various areas in which we can continue collaboration.

"We also know that NOUN has indicated interest in the area of forensics training within the commission and it’s a welcome development." 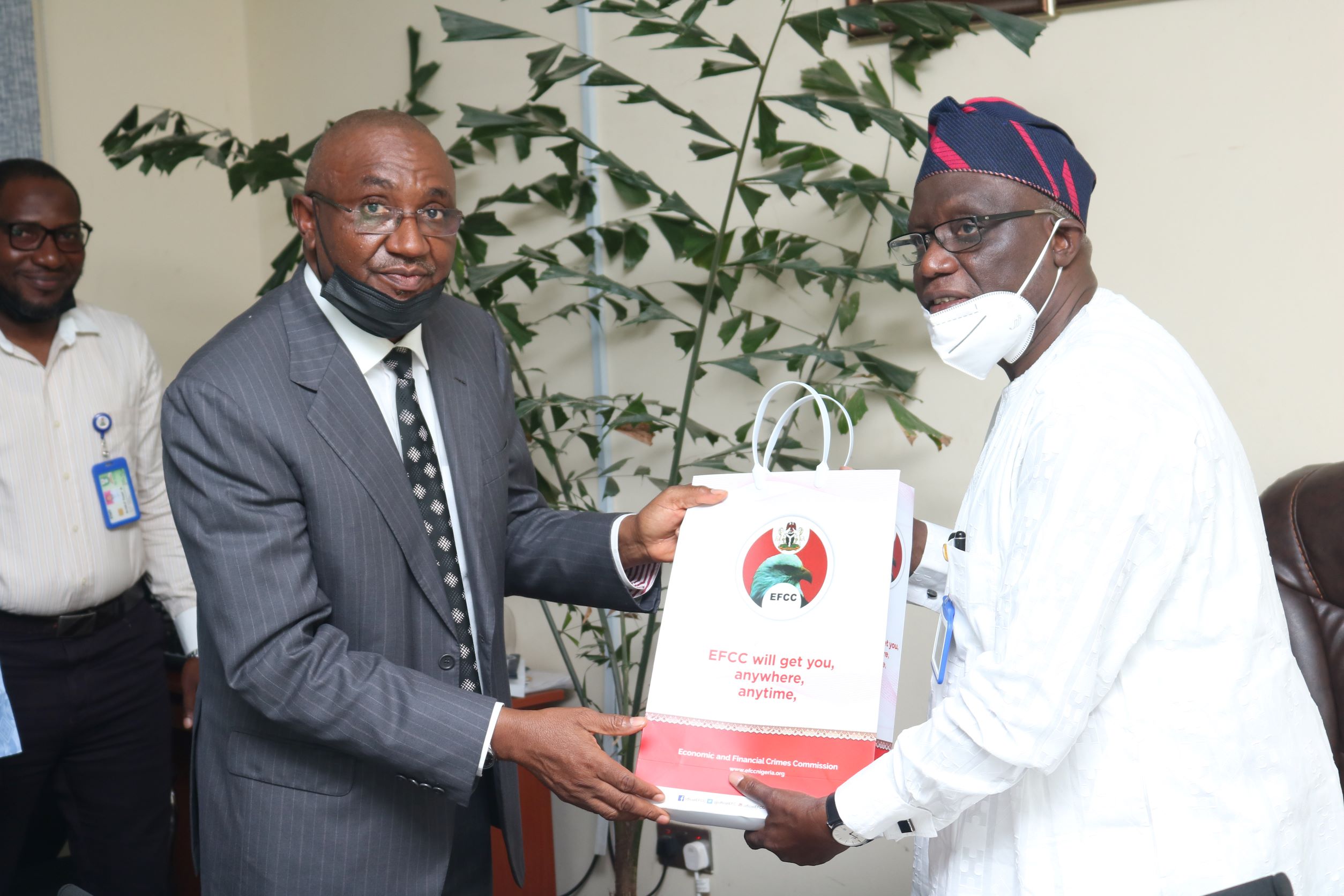 Responding, the VC, Prof. Olufemi Peters who warmly welcomed the EFCC team to his office, thanked the delegation for deeming it necessary to pay the university a visit, adding that NOUN and EFCC are "near but very far."

He said "This visit is different; EFCC is equal to the task. I'm really glad to develop relationship with you. This is because we are children of the same father. Your growth is important just as ours."

Speaking further, he said NOUN has a very extensive IT network and personnel for training, explaining that "NUC has had us as their technical partners overtime and this shows our strengths when it comes to ICT.

"We need to formalise this relationship, tie it through MoU. In this case, we will come to EFCC to formalise our partnership," the VC added.

In his vote of thanks, NOUN Registrar, Mr. Felix I. Edoka commended EFCC for fixing the road; this, he said, has benefitted NOUN in all ramifications.

‘’We appreciate your coming and what we are about to enter will manifest," he said.

Meanwhile, the VC as well as Principal Officers were decorated as EFCC ambassadors.