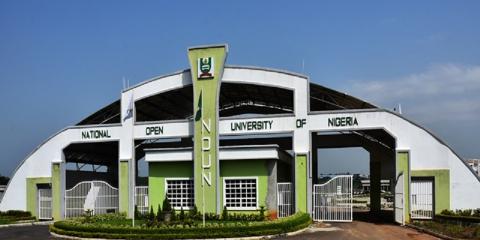 Nigeria’s Body of Benchers has approved admission of National Open University of Nigeria (NOUN) graduates into the Nigerian Law School.

The decision by the apex regulator of the legal profession in Nigeria was taken at its meeting held 1:30pm Thursday in the Supreme Court complex, Abuja.

The approved conditions would be that, 1,883 students from the Open University will be admitted at the Law School, and they will be subjected to 1-year remedial programme.

The one year programme is targeted at exposing them to some rudimentary laws where they will be taught, they will undergo another round of teaching on the core Law courses: Law of Evidence, Introduction to Nigerian Law, Land Law” among other courses.

The chairman of the Council of Legal Education (CLE), Chief Emeka Ngige, SAN, noted that the approval is subject to some conditions.

He said that any of them that could not pass part one of the Nigerian Law School will go home from there, stressing that their admission to the Law School does not seem absolutely automatic.

Chief Ngige said, “it is not possible for a student who failed, to re-apply to the Nigerian Law School, which means that if you fail, you fail out.

Though some members of the NEC agreed with the decision of the Council of Legal Education, some disagreed saying that one year is too short for students to learn all that they need to learn to be admitted into the Law profession.

There has been tussle between the Benchers and the NOUN graduates, as the body had insisted that NOUN graduates did not meet the requirements for admission to the Law School.

Before now, all pleas to the Body of Benchers to resolve the impasse met a brickwall until Thursday’s breakthrough.