R-L: The Center Director, Dr. Adakole Ikpe (5th right) in a group photograph with his team

As part of its efforts in boosting the visibility of National Open University of Nigeria (NOUN), the management of Otukpo Community study center of the institution has taken its advocacy drive to about four local governments in Benue state.

The advocacy is aimed at increasing students enrollment for the semester and gaining visibility for NOUN.

The week-long programme for the month of July kick started with the visit to Apa local government area of the state, where NOUN mantra was taken to the Council of Chiefs, the Police station, local government secretariat, hospital and schools in the area

The advocacy drive received a major boast at the Gwer-west local government area, during a visit to HRH. Zaki Daniel A. Abomtse (Ter Tyoshin) who also is the chairman Tiv traditional Rulers, as he promised to enroll into a Ph.D. programme with NOUN, as part of his efforts to encourage his subjects to embrace NOUN.

The Center Director, Dr. Adakole Ikpe who led the team during the advocacy admonished the chief and his council members to take advantage of the golden opportunity available in the university to help develop themselves and their subjects. 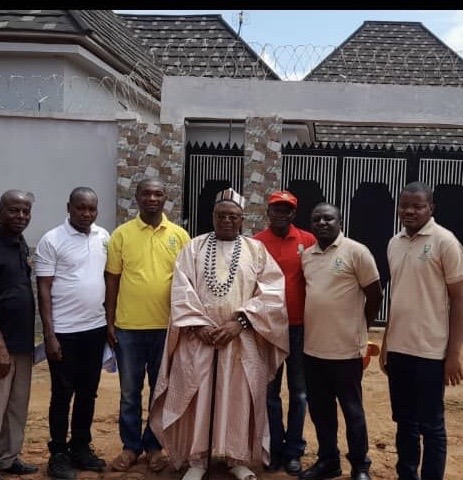 He also urged them to encourage their political office holders to enroll members of their constituencies by way of scholarships to develop them for the betterment of their communities.

The discouraging mix of scorching sun and torrential rains witnessed during the week-long activities could not deter the determined advocacy team in taking education to the doorsteps of people.

The efforts of the advocacy team received a commensurate reward as numerous people received them with enthusiasm,flocking around them to know more about NOUN and their inquiries were adequately addressed by the team.