NOUN and the conventional university system 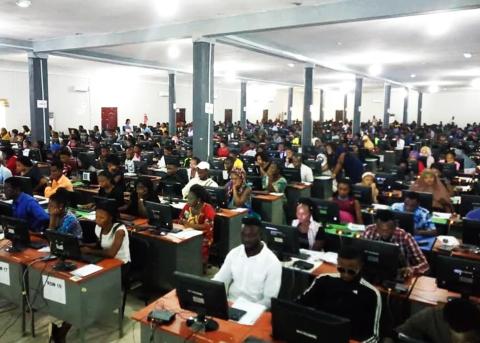 The Open and Distance Learning (ODL) is a success story for the National Open University of Nigeria (NOUN). The institution, which was established in 1983 but soon suspended in 1984, was resuscitated in the year 2002. Since then the institution has made giant strides operating this mode of learning in spite of the challenges it has encountered.

The ODL and the conventional systems have been a subject of comparison for some ever since the emergence of the ODL system in Nigeria. Many have doubted the quality and relevance of ODL because they were familiar with the conventional system. They couldn’t see the possibility of learning at a distance and learning without a lecturer in a classroom.

NOUN was established for the specific purpose of giving its students higher education at their own pace, irrespective of their location. This mode of learning differs from the conventional style where the lecturer and the students are present in a theatre.

Nonetheless, the ODL system has been embraced fully by many, especially those who look to forwarding their education after their first degree while working, people looking to get an admission into a conventional university but cannot for various reasons such as a low JAMB score and others because of the occasional strike action that bedevils conventional universities.

The Director, Military Hospital, Port Harcourt, Rivers State, Col. A. A. Aloku, during an advocacy team visit from the NOUN’s Port – Harcourt study Centre on Wednesday, 23rd September, 2021 , commended the Federal Government and the management of the university for ensuring the availability of quality tertiary education for Nigerians at their doorsteps. He described NOUN as a credible alternative to the conventional university system.

"There are people who learn better in isolation. There are those who assimilate better when they self-learn in the comfort of their homes or offices. That is what NOUN offers, an opportunity to learn by oneself outside the conventional classroom setting.”

Following the footsteps of the pioneer, some conventional universities have adopted the system because the system has been tested and can be trusted.

According to a Premium Times report, June 3, 2020, the Nigeria Universities Commission said 12 Nigerian universities have approval to operate both conventional learning and ODL. The 12 were given ‘conventional’ licences to operate a dual-mode system – face to face learning in the classroom and also the open and distance learning.

Vanguard newspaper, on August 13, 2021, reported that two private universities have joined the league of universities licensed by the (NUC) to run open and distance and e-learning programmes in Nigeria.

On the other hand, the mode of delivery is very important and there is a  complete paradigm shift in the way NOUN operates the system, from the traditional mode of learning to a combination of face-to-face, learner-centred, technology-assisted, interactive, just-in-time learning, with no social bias or hindrances.

E-Facilitation which is also an aspect of the ODL system, is facilitation delivered online. Here, students can see their facilitators and their fellow students alike.

Speaking with this writer, the Director, Learning Content Management System (DLCMS), NOUN, Dr. Adewale Adesina, said, “We try to make sure that irrespective of their location, students can connect, identify themselves as course-mates. So there is this student- student interaction that is also possible and students now see and know their course facilitators, they can see them online, they also see them through the introductory video that facilitators produce and the students interact with them. So, the two- way interaction that used to be missing is now very much possible with the system that we have been trying to achieve.

“A student studying online has nothing to lose as some may think, especially in the case where science students have to do their practicals, in the ODL system the students are still able to do practicals because it is made available to them virtually.”

Dr. Adesina rightly put it thus: “In virtual classroom, we are looking forward to  making sure that things like online laboratories, virtual labs, will be put in place for students to carryout their practicals, regarding their work”.

It is worthy of note that NOUN prides itself as the foremost university, providing highly accessible and enhanced quality  education, anchored  by social justice, equity, equality and national cohesion through a comprehensive reach that transcends all barriers.

The mission of the university is to provide functional, cost-effective, flexible learning which adds life-long value to quality education for all who seek knowledge.

In addition to its broad vision and mission statements, some of the major objectives of the university are as follows:

All that NOUN stands for is captured in its vision and mission statements and also its objectives.

It is also note worthy that the university has had its convocation every year. Comparatively, the issuance of certificates in the conventional system is not immediate, while some are on request, it may even take years. In NOUN, certificates are issued on convocation day! NOUN proposes to introduce the digital certificate, where students can get their certificates online and print it out wherever they are.

Today, NOUN can be said to be the direct opposite or a better alternative to the conventional university system in Nigeria. It can also be said to be excellent in operation of the ODL system.

*Loretta Edozie is a staff of the Directorate of Media and Publicity, National Open University of Nigeria (NOUN)